Distruction Boyz released some banging Qgom album last week which had a highly positive reception from fans, everything was okay until some people decided to voice their opinions in regards to the album cover saying it is of poor quality.

The album is still selling like hotcakes despite the negative response about the cover. The boys clapped back at the trolls and said that people who are criticizing their cover need to first do some thorough research about Qgom music. They took it to twitter to express their views about the poor quality claims further tweeting that “If you look closer, gqom artworks are usually low quality and most are very funny. The dress code is also a bit odd and even the venues look shandy,” they tweeted.

They expressed to TshisaLive yesterday how excited they were at how people reacted to the album and even went to Social Media to express how they wish to be the first Qgom album releasers to reach Gold or Platinum status.

“We have only just released the physical copies of the album so it’s a little too early to tell how far we are from reaching gold but we have no doubt that we are going to go gold and even platinum. People love our music and our digital sales have been amazing. We are number one across the country,” Que said. 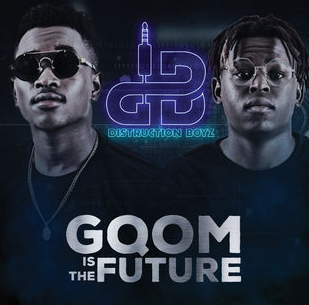 And here’s how they tweeted…. 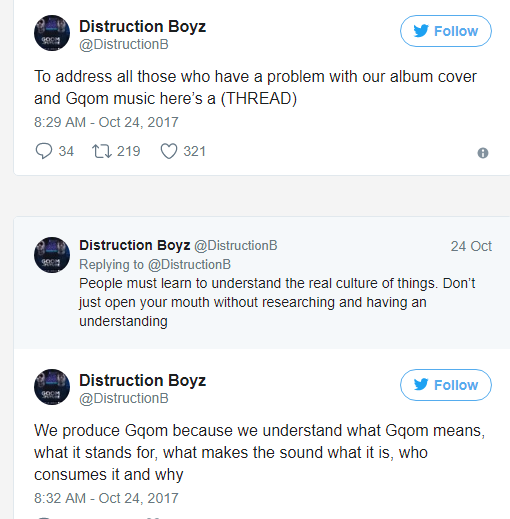 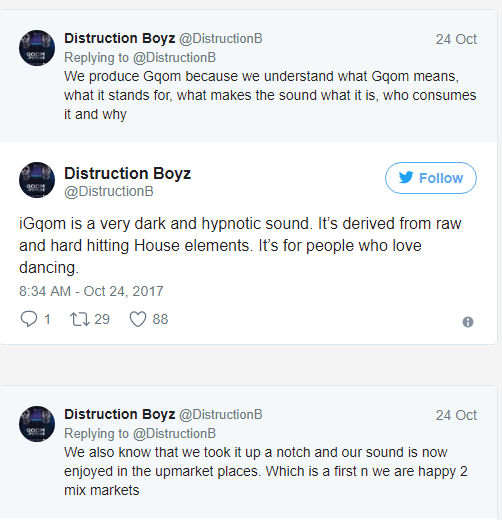 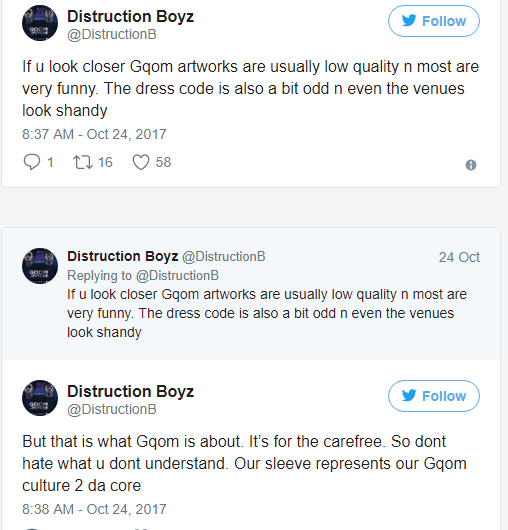 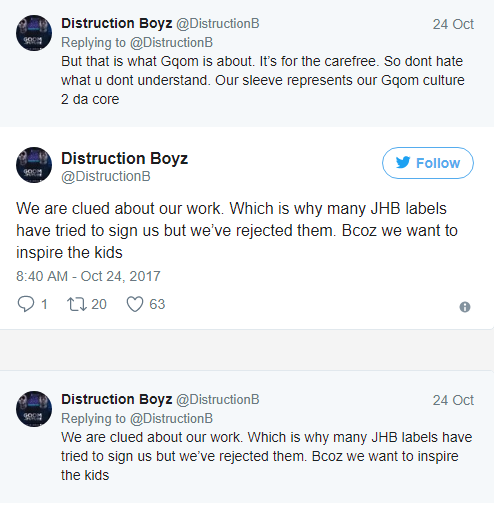