Moonchild Sanelly On Why She Wears Peculiar Hairdos’. Speaking to DJ Fresh on Metro FM the Midnight Starring co-hitmaker Moonchild Sanelly said that she wants no one copying her hair styles because they mean the world to her and also touched on why she does such bizarre hairstyles. The songstress is known for her wild blue curly mop that she claimed to be her signature and will sue anyone copying it.

“I have registered this one. I have patented the hair. It is a moon mop legally. I didn’t want to be jacked (ripped off),” said Sanelly.

“You need permission from me. It needs to be a moon mop but if its blue and I’m feeling petty, if you do it at that time of the month, I’m coming for you. We took out a statement. It was a blue mop. You need permission,” added Moonchild.

Moonchild said she came across her special do after experimenting with several hairstyles. Eventually she discovered the one that would become her thing. 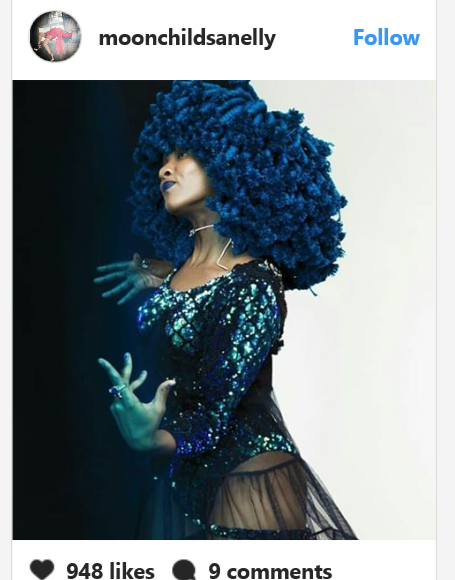