Speaking to DRUM magazine Gospel singer Jamela Vuma who most may know from the show Ses’TopLa revealed his battles with drugs and violence which led to him losing out on a large amount of money.

Jamela, who now goes by the name JRoss also spoke about his musical career – including his time as the masked character Sgonondo – and how the love of his fiancée and family helped him on a spiritual journey that changed his life.

Jamela (35) grew up surrounded by music. His father, Tom Vuma, was a producer for veterans such as Ray Phiri, Blondie Makhene and Steve Kekana, so Jamela’s exposure to a muso’s life began at a young age. He started taking piano lessons at age six and by nine he was the lead singer in a church choir in Umlazi, Durban.

When he was a teenager, his mom arranged for him to be mentored by renowned producer Sello “Chicco” Twala. And by the time he was 16 he was working with Somizi Mhlongo on a project called Children of the Rainbow, playing the piano and singing lead vocals.

At 18 he was signed to Universal Music SA and produced his first album for ’90s kwaito group Cream, followed by an album for Bongo Maffin’s Speedy. A year later he was producing songs for the likes of Lebo Mathosa, Jub Jub and Loyiso “Chippa” Mangena.

As his star began to rise, the money rolled in – and so his addiction began. He teamed up with other famous names in the kwaito industry and “we were a bad influence on each other,” he admitted.

“The fame began kicking in and we all started experimenting with drugs and alcohol.”

The friends were well-known at Joburg nightclubs – so well-known that drug dealers would let them be the first to try new drugs.

“We were getting money and we didn’t know what to do with it. We blew most of it on girls, alcohol and drugs,” he said.

After a few years of partying hard, he realised this wasn’t the kind of life he wanted to live. Jamela took a break from hanging out with his industry friends and got a job with Arthur Mafokate at his 999 Music label. There he produced hits such as Sika Lekhekhe and he helped build the brand of Arthur’s then-protégée Chomee.

Then he and Arthur collaborated to create Sgonondo – a masked man with a deep voice who was beloved by kwaito fans.

“We created that character because I also wanted to release an R&B album but we didn’t want people to associate me with Sgonondo [and kwaito].

“We decided I should cover my face. People loved it because we were competing with Mzekezeke.” Soon the musician was back on his feet and making money again – and soon his old habits resumed and he was taking drugs again.

“I would take drugs in secret and I also reconnected with old friends who were using. I would hide the drugs – in my wallet, in the car, in places where I knew no one would find them.” He also moved on from snorting cocaine to smoking crack. “It’s the worst drug anyone could use,” he says.

“I became a horrible person – arrogant and disrespectful – and sometimes I wouldn’t show up for work.” Then one night he and a friend were on their way to a party in Hillbrow and blew R5 000 on drugs and booze, intending to really go big. But before they got to the venue, Jamela’s mom called and said there was a family emergency. He had to go with her to KwaZulu-Natal immediately. His mom picked him up and they hit the road. Little did he know that he was the emergency . . . When he got to his parents’ home, his family was waiting for him, ready to stage an intervention.

Jamela was forced to admit his drug habit and was told he needed help urgently.

“I saw how concerned my family had been and so I trusted them to help me. My family took me to a prophet who prayed for me for hours. Afterwards, I felt lighter and was ready to change.”

But that wasn’t Jamela’s final rock bottom. The call of drugs and booze was just too loud and he was soon straying again.

He’s the first to admit he made many mistakes during his on-off love dance with addiction. He slept around and had three kids, all with different women, and was more interested in his next fix than establishing a relationship with them. Six years ago, before getting sober, he met Megan Erasmus (now 38), who had been a dancer and choreographer for Somizi and Lebo Mathosa. They fell in love and got engaged, but Jamela was often more interested in getting high than spending time with his fiancée.

He’d cheat on Megan and disappear for days. “I could easily have contracted HIV or died in a car crash,” he admits. Then Megan found a pipe for smoking crack in his pocket. That day, he became determined to get clean for good.

The couple started going to church and Jamela credits Megan, and God, for helping him. He stayed off drugs until 2015 – then tragedy struck. Jamela hit rock bottom after losing his sister, Sindisiwe, to cervical cancer.

“We were really close,” he says. “She had chemo for two years but by the end she couldn’t even speak and I knew she wasn’t going to make it.” When she died, Jamela turned to the bottle again. “But because my spirituality had grown and my relationship with my fiancée was stronger, I managed to pull away from going back to drugs. Instead I turned to God, who directed me to music.”

He was inspired to write gospel music. “My current album is to show gratitude for being given a second chance,” he says. Jamela and Megan have two children – Micah (4) and Tehillah (1) – and are stronger than ever.

Best of all, it’s been five years since he last touched drugs and 12 months since he’s had a drink. And that, coupled with being a devoted family man, is what he considers his greatest achievement. 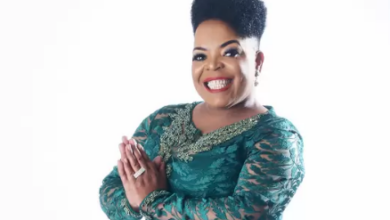 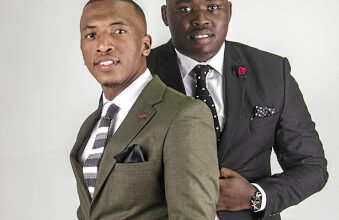 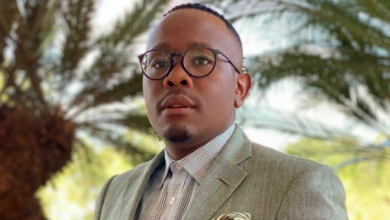 Khaya Mthethwa Reveals What He Plans To Do For #21daysLockdownSA 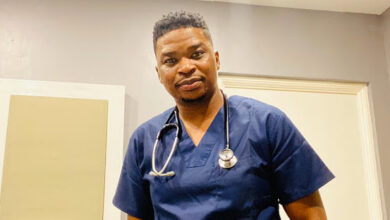