Social media was in frenzy today as news circulated that the “king of kwaito” was freed yesterday by the Midrand Magistrate’s Court of assault with intent to do grievous bodily harm charges laid against him by his ex, CiCi, real name Busisiwe “CiCi” Thwala.

CiCi came back asserting through her lawyers that she will file a civil suit against Arthur.

“And I said to you in the beginning, I will fight until the end and this is not the end, this is not going to be our narrative as women.“

Well, there you have it, ladies and gentlemen, the war is not yet over. In March 2017, CiCi claimed Mafokate dragged her on the streets and that she had to undergo a pelvic replacement procedure as a result.

This is what she had to say on her video:

“Hey guys, Uhhmmm, I am pretty sure most of you have heard the results about my criminal case against my perpetrator and I hope that it does not discourage you in any way, to speak out for your self, to stand out for yourself, to speak your truth and to fight for your justice.”

“I always preach, we need to take back our power and we will do just that”

“Our perpetrators might win the battle but the war is very much still on, and so, I just want to say to you, thank you so much to everyone that has supported me throughout this whole thing. And every one that will continue to support me”

Watch the full visuals below: 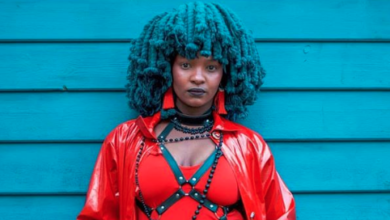