Top 5 SA DJ’s Who Had A Good 2019 – Alongside the aforementioned artists, there were just as many who were bubbling under, releasing singles that caught the attention of many fans.

In 2019, these artists stand a great chance of expanding further and reaching more ears than they did last year.

Black Coffee Spotify has unveiled Wrapped lists for 2019. The compilations are an annual end of year summary that reveals the top artists, albums, songs, playlists and podcasts streamed on the platform.

Wrapped showcases how more than 248 million people around the world listened to and discovered music and podcasts in 2019, taking a look at music, culture and streaming through the eyes (and ears) of the fans and artists that made it all possible.

The Umlilo hitmaker has been named Africa’s top DJ for the second year in a row by DJaneTop. DjaneTop is an online website about female DJs, which was created in January 2017 to share with you the latest news, photos, music, mixes of Djanes around the world!

DJ Zinhle came top, beating her counterparts such as Lerato Kganyago who is sitting at number 10 and Dineo Ranaka who secured the number 13. Radio and Club DJ Lamiez Holworthy came second on the list.

Shimza Gets Honoured By The City Of Ekurihleni – Shimza is one of South Africa’s most charitable media personalities. The star who has been in the entertainment industry for more than a decade is known and admired for his deejaying skills as well as his charitable side.

Over the years, the star has given back to the less fortunate on several occasions and he is doing it again. In the past few years, Shimza has been hosting an annual Christmas party for kids in Tembisa. At the Christmas party,  he organises everything the children need.

Oskido’s last album was released back in 2017. It was titled 50 Degrees and formed part of his 50th year birthday celebration. The I Believe hitmaker shared the news on twitter: The #Akhiwe album is out, we only have just begun. Your support is greatly appreciated.

His has been a breakthrough year for popular DJ, music producer and radio presenter Euphonik. Not only has he continued to expand his brand locally, but has also established a firmer footing on the global DJ circuit.
Despite all the madness of his globe-trotting exploits, Euphonik – real name Themba Mbongeni Nkosi – has also advanced his well-publicised interests in property by completing a course in property development. 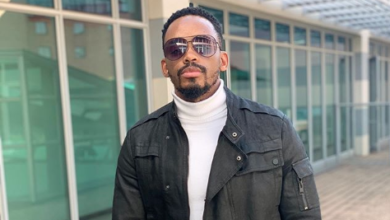 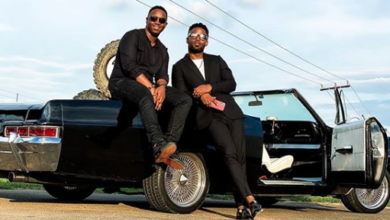