Sho Madjozi And Moonchild Sanelly Head To Miami – Our national treasure Sho Madjozi will be rubbing shoulders on stage with Black Eyed Peas and Diplo as they are set to perform at BUDX during Super Bowl LIV weekend.

The “John Cena” and “My Power” hitmakers will be joined by one of South Africa’s very own “Kings of Culture” – Karabo “Poppy” Moletsane on the US trip.

The three of them will join 200 influential creatives from over 20 countries in a curated jam-packed itinerary of imaginative activations including being a king of music, art, fashion and sports together with electrifying live performances and unforgettable collaborations.

“It‘s such a privilege to be invited to show the world’s creatives the vibrancy of African music,” said Sho Madjozi.

Proclaimed As one of the talented street artist, Poppy will stamp her unapologetic expression and her Afro- futuristic visuals at the official live BUDX Art activation by customizing sneakers, coinciding with the biggest sporting event of the year: The Super Bowl LIV weekend

Our provocative Moonchild is also set to set to make her mark with her signature blue hair, poetry-turned-rap and spectacular stage performances.

Watch! Sho and Moonchild Rocked Their Performances At #BudXMiami 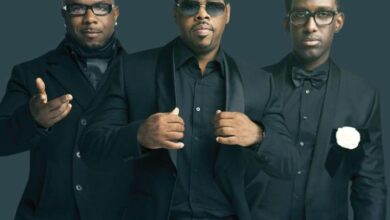