Top 5 Youthful Looks Served By Zahara In 2020 – Zahara is a South African singer, songwriter, and poet who sings in Xhosa as well as in English.

Born in 1987, her debut album, Loliwe, was released in 2011 and sold over 100,000 copies in her native country in less than three weeks. It was certified double platinum.

Zahara, real name Bulelwa Mkutukana, announced today that she has secured a five-year performance deal with the international hotel destination and will kick off her stay on April 2020

She is recognised as the first artist to have bagged a huge residency gig, which is a common occurrence in Las Vegas, United States.

Popular household names who have gone down the route of residency deals include Celion Dion , Jennifer Lopez and Brittney Spears.

If you can still recall, Zahara publicised in the previous year her mistreatment and the money incident that nearly consumed her involving DJ SBU, although, after she demanded her money to be paid back and spoke out. It appears things slowly became better and continue to remain pleasant.

Check out her top 5 Youthful looks 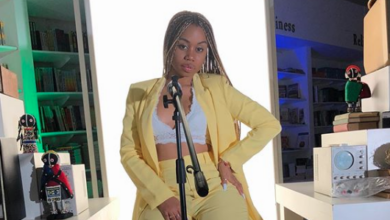