Gospel Singer Sbu Noah Recalls A Time When He Was Told He Can’t Sing – Gospel singerSbu Noah is one of the prominent gospel artists in Mzansi, although there was a time when he believed he could not sing.

The gospel star ushered to Instagram on Monday to recollect how an individual he admired did not believe he had the potential to make a career in music.

“I will never forget hearing someone I looked up to saying I can’t sing! It broke my heart and, frankly, I believed it since it came from them.”

Although, Sbu thrived to go after his dream of singing.

“But for the life of me, I couldn’t quit this thing inside me that just wanted to sing! It broke my heart and brought me so much pain, but I kept going.

“Funny enough, even though I didn’t entirely believe in myself, the more I sang the more love I received.”

Sbu circulated a video of US star Jennifer Lopez addressing her struggles and explained he, like J.Lo, had overcome a lot of strenuous obstacles that led him to his success.

“It took a long time to get me here and it’s amazing that an icon like J.Lo went through the same struggles as some of us! But like she said, no matter the pain, no matter how discouraged you get, just keep going!”

He encouraged his followers to never give up on their dreams.

“There’s a reason you’re here and doing what you’re doing. Keep working hard. Sooner than later, you’ll start to believe in yourself and when you believe you’re great, you become great. So keep going.” 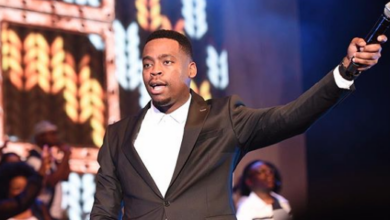