Kelly Khumalo Claps Back At A Troll Who Thinks She Is Still A “Drug Addict” – Kelly Khumalo set the record straight, following some social media backbiters attempted to offend her by bringing up her past as a drug user.

The musician had the internet in a standstill this week when she sent a transparent message to trolls, requesting them to sit down.

Kelly Khumalo took to social media to post visuals of herself in studio addressing haters that they malicious attempts to destroy her are not effective. A negative follower then asked if Kelly was “still taking drugs”, implying to Kelly’s previous confessions of being addicted to drugs in the previous years.

“I became a drug addict. Those are the repercussions of having money when you are young and not knowing what to do with it. I was in a bad space. I was in a bad relationship. I was not motivated at all. In fact, I became so hooked on drugs and I would forget about everything,” she told Sizwe Dhlomo in an interview in 2016.

Well, Kelly did not take it lying down, in a derisive manner told her trolls she got it from their father.

When fans attempted to bring her to serenity, Kelly explained tht the haters were agents from the Devil.

This is not the first time this incident has transpired, prior on the hate she has received, telling fans that hate had a habit of returning to its sender, adding that the more hate you give a person, the more blessed they are.

“We project so much hate towards others and forget that the very same hate is enough to drive God to open a flood of blessings towards those we spend so much energy hating on,” she wrote. 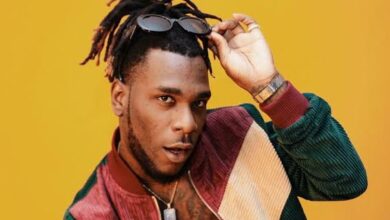